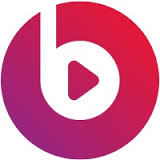 It is still a mystery as to what Apple plans to do with Beats Music which it recently not long ago. There has been a report in Financial Times which sheds some light on the possible plan of folks in Cupertino. According to this report the Beats Music (or whatever the service might be called in future) will be bundled with future versions of iOS. Even though the app will be pre-installed but it still will be a paid service. According to the report, people familiar with this matter expect this to happen as soon as March just around the time of debut of Apple Watch.