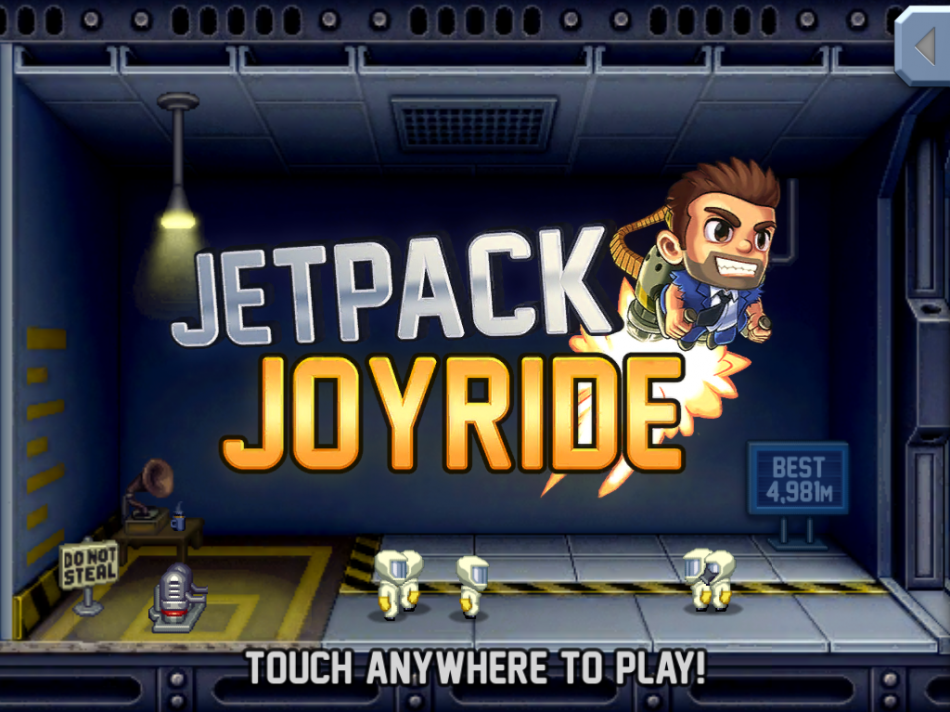 After the success of Fruit Ninja HD we have another game from our favourite Half Brick studios. 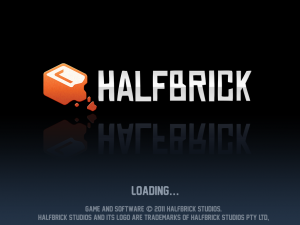 This time its Jetpack Joyride, a game concept that everyone is familiar and we are sure that you must have played in one variant or another be it flying a helicopter, hot air balloon, some funny character… 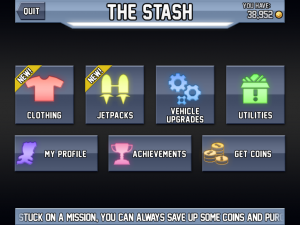 The game is simple, you are confined by a roof on top and a floor at the bottom. Starting at a slow pace your character “Barry” has to fly  in his jet pack avoiding zappers, oncoming missiles and lasers. Along the way you can collect coins that allow you to purchase various upgrades from the stash. These include; visual upgrades such as clothes, skins, Jet pack upgrades such as laser jet pack, machine gun jet pack etc, vehicle upgrades such the hog or lil stomper or Addons such as 750m advance run, lives pack etc. 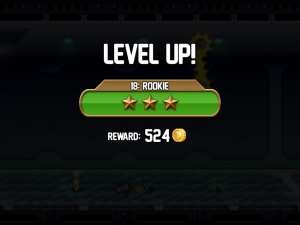 To make the game addictive Halfbrick has introduced missions to the mix allowing you to complete small challenges on the way to move to a higher rank and more importantly earn coins on every level upgrade. 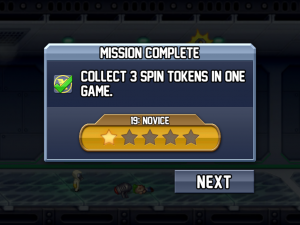 The most unique thing however are the in game vehicles that can be attained by capturing a special pack. This pack appears randomly in the game and allows the player to have access to a random vehicle. The list of in game vehicles are: 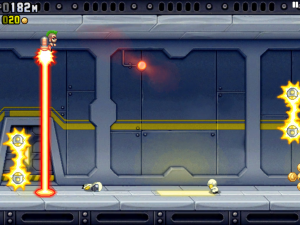 All the vehicles have their own unique dynamics and allow a break in the monotonous game play. They also provide you a way to have another life. A kind of effect that the mushroom has on Mario. If you hit a zapper or a missile you will just lose your vehicle but the game will still continue until you are hit again. 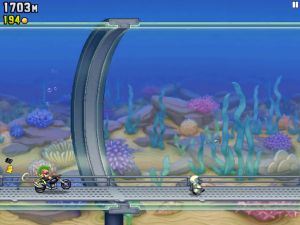 Lastly you have the spin tokens that are flying randomly in the game. These allow you to play the slots for special prizes or redeem them for 50 coins each.

A few prizes include:

Nuke– Same effect but the distance travelled is greater 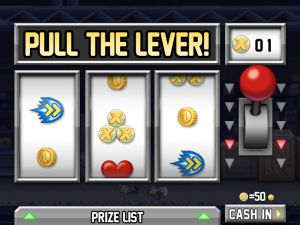 What makes this game so interesting is the ability to compete with friends and boast your high scores. The game though simple can offer great challenge when competing. So the one who travels a greater distance is the true champ!

And now the most awesome part!

It is Totally FREE on the Itunes appstore

So what are you waiting for? Start by posting your high score below!