There is great news on the jailbreak front. Pangu, the Chinese team behind the recent jailbreak of iOS 8 has released an updated version of the jailbreak. In an earlier post we gave you step by step instructions on how to use the developer version to get your device jailbroken. There were a couple of issues after jailbreak, one of which was continuous restarting of the device. And not to mention the Chinese language which made it real difficult for the jailbreakers whose native language isn’t Chinese. 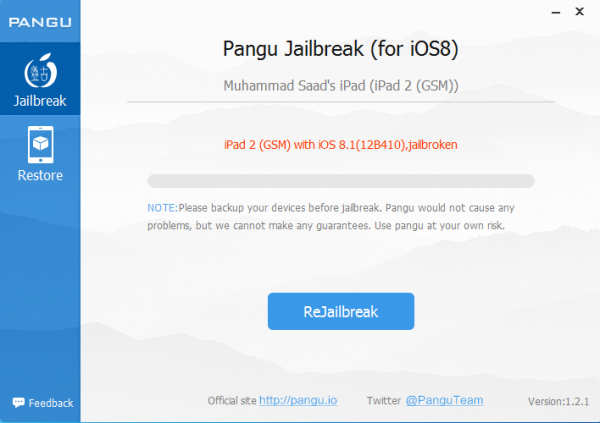 Anyway the good news is that this update jailbreaks your iOS device in no time, and that too with Cydia. Yes the Cydia is bundled into the jailbreak this time. So no extra steps to get yourself Cydia. 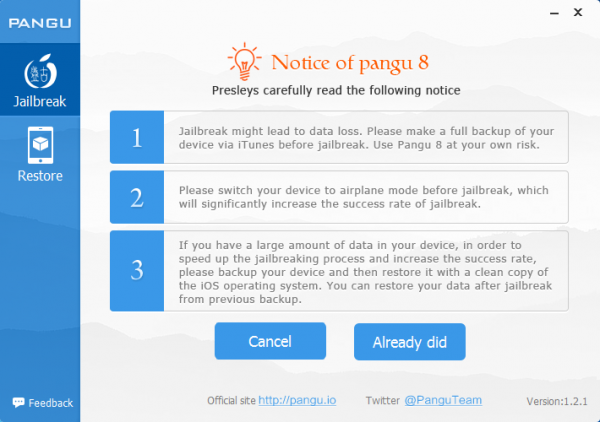 A couple of safety instructions by Pangu team. Make sure you follow these for a better experience. You might get a storage warning on your iOS device during the jailbreak. Just ignore that and click “ok”. There is nothing to worry.

All those who still haven’t jailbroken their iOS device and were waiting for a more stable release. The update is here!

The Pangu tool is now available for both Windows & Mac. You can download the tool here.