Google drive has been out a couple of days now and we gave it spin to see if Google can mark its mark in what appears to a be saturated market (something that Google does very well).
Google Drive rolled out with a 5GB free Account and paid accounts going upto 16TB. The rates for the storage a reason to switch from other cloud services since they undercut the competition on price alone. To sweeten the deal, a paid account will also upgrade your gmail account to 25GB.
The web interface uses the Google look seen in gmail. You will also notice that Google Docs is gone from the google dashboard.
Google plans to integrate google docs with Gmail and Google . You can attach files from Google Drive and everyone will have the latest version. Pictures added to the Drive can instantously be updated on Google .
Item and folders can be shared with other Google Drive users and appear in “Shared with Me” on the site; to sync shared files offline, you simply have to drag them to “My Drive”
Google Drive also come with desktop app (MAC OSX and Windows PC). Much like Dropbox, this will create a folder which syncs all files (or selected folders) onto your local drive.
We compared the memory usage with Dropbox. Google Drive uses twice the amount of memory than Dropbox. This doesn”t present a problem in new computers with advance processing capabilities. However, we do hope to see this memory usage being trimmed down in updates.

Currently, Google drive is available for download on Android, Windows PC and Mac OSX. The Linux app is set to be released in May and the iOS app is said to be 98% by Google insiders. To sign up for the service, head over to the Google Drive page and select “Notify Me”. 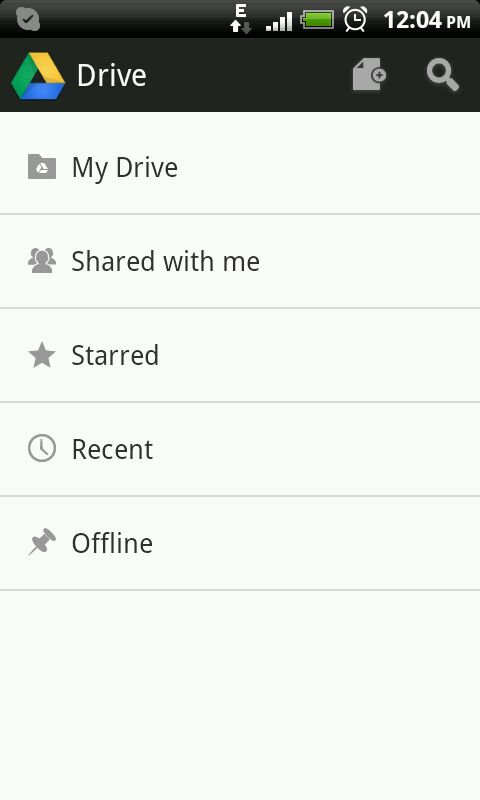 P.S. As an added bonus, all Users now have 10gb space for Gmail.