Today we have another game that will have you hooked the instant you pick it up! No its not another instalment of angry birds neither is it published by Rovio mobile. 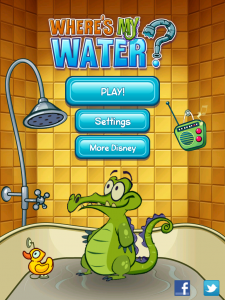 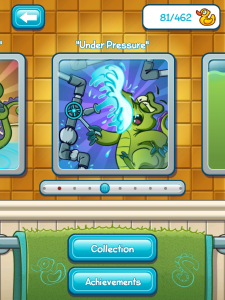 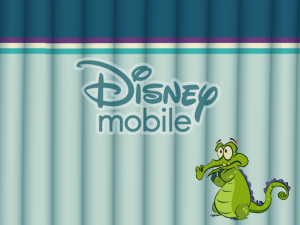 This time its Disney that does the trick and brings us “Where’s My Water” a really fun puzzle game that follows the angry birds layout the way they have divided the game into levels and different worlds a strategy that you cannot go wrong with! 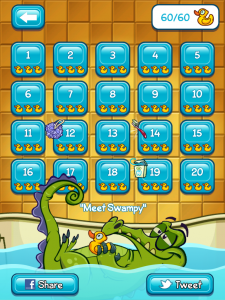 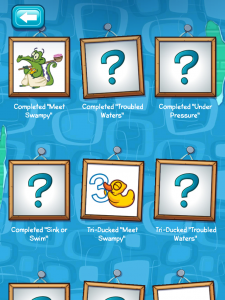 The game begins on an easy difficulty level with the difficulty rising as you play along. The concept of the game is quite simple, you are presented with an alligator character named swampy who wants to take a bath but some rowdy alligators have chewed off all the pipes. So its up to you do dig your way and guide enough water to swampy’s shower to clear the level. You earn points on how quickly you are able to make to path and bonuses you pick along the way. 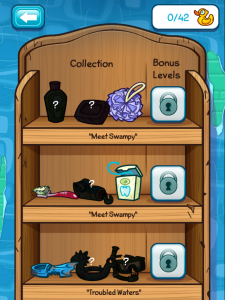 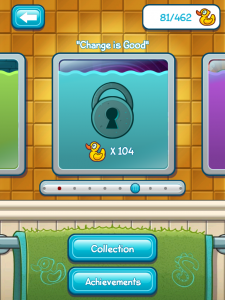 Instead of stars used used in angry birds to indicate mastery of a level you have to collect three ducks while you are guiding water to swampy. This is easy at first but can get quite tricky as you progress further into the game. Unique challenges and obstacles make this game interesting and keeps the user engaged till the end. You just want to see what the next level holds! While you are at it you might lose count of time because this simple yet engaging game will keep you playing it. Another cool feature is the scroll bar. 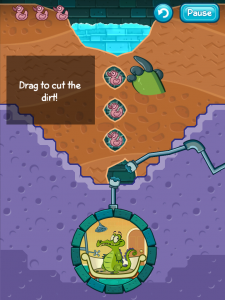 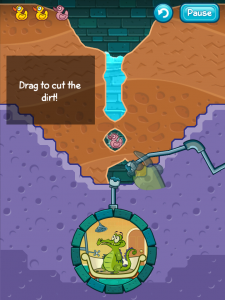 Since you are playing in a portrait mode and level starts from top to bottom or visa versa you have a handy scroll bar to assist you while you pre-empt your route. You can freely move up or down any time as the scenario requires. That said there is in fact no side movement meaning that a user doesn’t not need to scroll sideways to complete the challenge. Its limited to one axis which is a good thing. 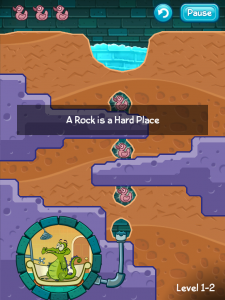 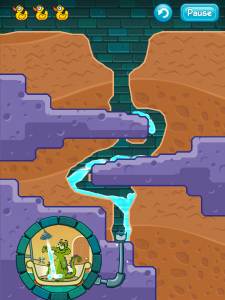 The overall graphics are crisp, so are the sound effects and music. To enrich the user experience Disney has introduced cut scenes just like the ones you might have seen while playing angry birds. A new world is introduced by a new cut scene a slight twist in the story. 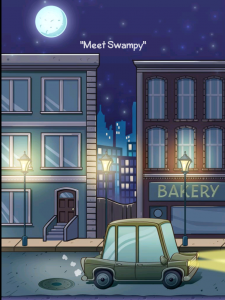 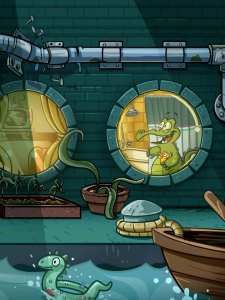 Another good thing about this game is its physics, the way gravity acts. Digging in a certain way would be reflected in the water movement. Making a steep inclination would cause the water to go down faster. You can therefore cleverly manipulate the momentum to your advantage. 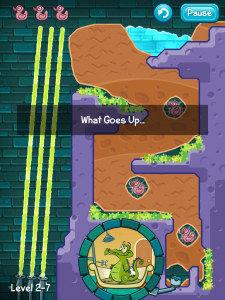 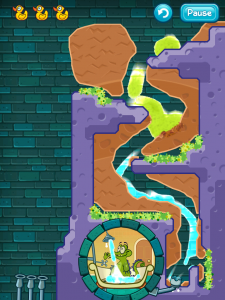 I would rate this game 9/10 based on the concept, execution and graphics. It is perhaps the best liquid puzzle game out there. This ones a keeper for sure! 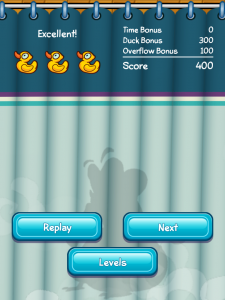 You can download the game on both android or iOS. Priced at $0.99 it is money well spent. You could also try the free version available on the android market