One dismal day you press the power button on your notebook and nothing happens! If you are lucky a faint whirr may confirm its ailing health. If you are a bit unfortunate the morse code of death blinking from those notification LEDs might greet your panic stricken face. You think you are doomed! You start to tap the power button frantically cursing, wishing for the post screen to show up but sooner or later you regain your sanity and gloom starts to fill you.

But lets not lose hope just yet! Lets try a few things for ourselves and try to fix the issue, or if unsuccessful at least diagnose the issue before sending it off to repair and getting charged a hefty amount by those repair shops that con you into believing that some big calamity has struck and it was a miracle job they did to bring your notebook back to life. In short draining most of your hard earned cash.

A laptop not booting up/ Blank screen could mean that there is a problem with the following components! (In order of increasing severity)

So lets start with the DIY diagnosis and fixes. 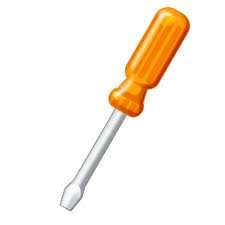 RAM (Random Access Memory) is a crucial component storing all the temporary files of your computer (volatile memory). In layman terms, when you turn your computer on your operating system is loaded into the RAM and all the work you do therein. Once shutdown this memory is flushed and that is how it goes. Therefore if your RAM goes bad you might experience the following symptoms.

The second case means that part of the ram is functioning, lets say 200mb out of the 512mb module is fine while the rest has become corrupted. So as soon as the 200mb becomes full your computer would restart or get stuck.

Why does this happen?

It could be due to the humid weather conditions in which the machine is operated. Humid conditions tend to make components more prone to failing while dust in the ram slots may also cause such problems.

Usually laptops have labeled undersides showing you where various components are located by the help of little symbols. Locate your RAM bay (usually in the middle or near the battery side of the laptop). Try taking out the RAM(s)* (Usually laptops have two chips installed) and cleaning them with a lint free dry cloth. Plug them back and try booting.

*. In a Notebook form factor there are two RAM slots by default.