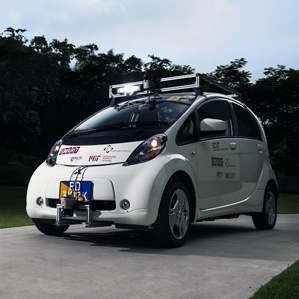 Imagine never having to drive you car to go from point-A to point-B. Especially in a country whose roads are congested because of too much vehicles. Singapore being such one country who is already working hard by giving incentives to its people for using mass transit is all set to explore the option of allowing robotic cars. They will be assigning one of its neighborhoods to autonomous cars next year to to see how well they can contribute to eliminating traffic congestion.

There are obviously a lot of things which need to be done before they can start doing road tests on actual roads. These hurdles include hyper-accurate maps to ensure that the car doesn’t hit a curb or stop at a wrong stop. However, things might not be perfect in the beginning but if large-scale tests like this pan out, there are chances that we might see a lot of other cities adopting robotic cars to bring end to road congestion.