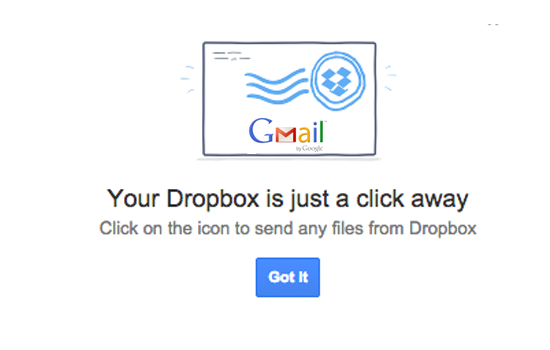 Dropbox one of the premiere cloud storage services has released a nifty extension for Chrome which tends to integrate Dropbox functionality into Gmail. Now users can easily add Dropbox files to their Gmail accounts. With ever mounting pressure from competing services like Box, Google Drive and a dozen others, the battle for market capitalization is fierce. Users look for stability, security, affordability with decisions eventually boiling down to features offered. 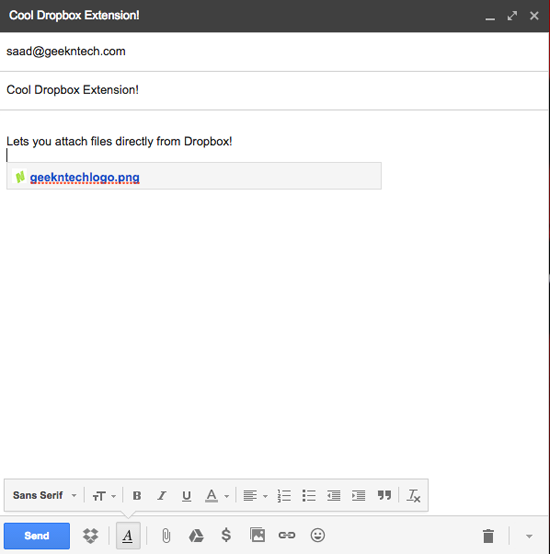 Just like adding any other Chrome extension, Installation is pretty straight forward. The extension does not show up next to the address bar and runs in the background causing no change in your browsing experience. 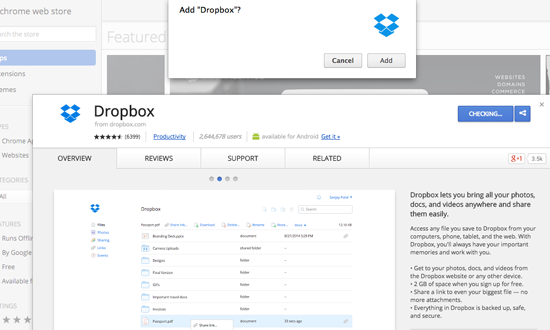 Although, still in Beta the extension seems to be stable and works flawlessly.

However, once installed it neatly adds a Dropbox icon to your compose message window next to all the other action icons. This new addition definitely gives a boost to overall productivity and makes file sharing hassle free especially if you are an avid Dropbox user. Since attachments in Gmail are capped to 25Mb per message users either had to upload files to Google Drive or use an alternate service such as WeTransfer to send stuff so this would save Dropbox users an additional step!