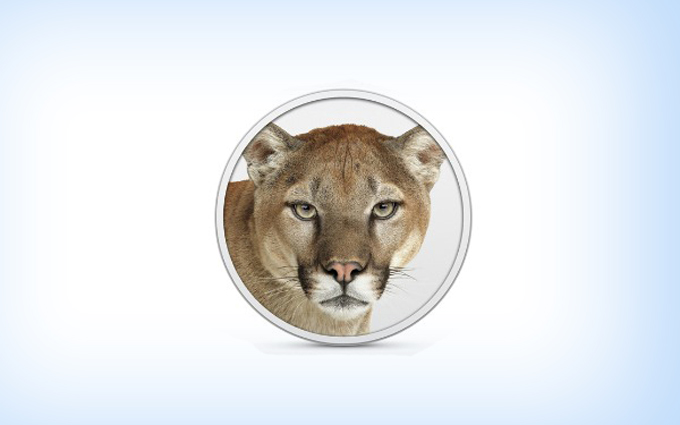 Yesterday, Apple officially confirmed that it’s releasing the next iteration of OSX on 25th July, that is, today. We just took it out for a spin and here is our preliminary review!

Some of the most amazing features in Mountain Lion are in the form of new apps. Messages, Reminders, Contacts and Notes all make their way from iOS to OSX and furthermore, all of them are integrated with iCloud. So now you can start working on your iPad move to your iPhone and finish off  on your Mac.

Reminders and Notes makes their way from iOS and are pretty straight forward. They’re both iCloud enabled so you can sync your data from your iPhone or iPad to your Mac just by signing in to iCloud on your Mac. Contacts replaces Address Book in Mountain Lion for a more iOS-like feel and consistency. 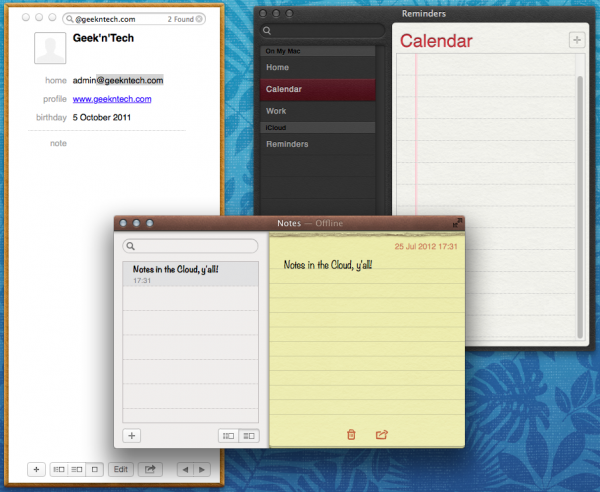 iMessages has already made its way to your desktop when Apple released the beta version of the app a few months ago (Available on Lion only). Now any message you send via iCloud (messages sent through Apple’s server and not your favourite telcom service) can be sent and received on your Mac as well. Additionally, the desktop version of the app will also work with the more popular IM services like gtalk and others.

Twitter and Facebook Integration: With Apple’s initiative for social integration in its OS, you’ll find that updating your status, tweeting or sharing content is simply a click away. After signing into twitter, you’ll find a share button in your notification bar and direct mentions and messages will show up  as well. Currently Facebook integration is unavailable but Apple has promised that it will provide Facebook integration via an update in Fall of this year.

Safari has received iCloud support as well. Apple took a page out of Google Chrome’s handbook and now your tabs are synced in iCloud. Although at this point, the service isn’t available your iPhone, iPod Touch or iPad. You’ll have to wait until the public release of iOS 6 for that. At this point, IF you have two computers, you will be able to sync your  Safari tabs on those. 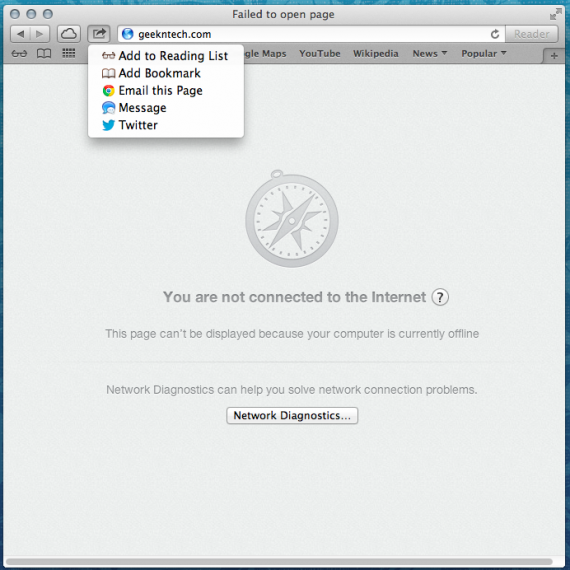 Although, your Mac is more than capable of running Siri, Apple has opted for simple Dictation instead of a personal assistant for you Mac. It works simply enough, if you can type it, you can say it. Turned on by a pre-configured shortcut, Dictation will write anything you say including punctuation marks. It also access your Contacts so it input their names properly. Currently English, German, French and Japanese are supported. Finally, since it requires

Other new features include Powernap; if your Mac is running on a solid state disk (SSD) then you can turn on powernap so it will periodically check mail, documents in iCloud. If your Mac is plugged into a power sources, it will even install updates. Apple has integrated Airplay Mirroring so you can mirror your display to an Apple TV on the same network. No more wires each time you sit down to watch a movie on your TV!  Additionally, Game Center makes its way to Mac so now you compete with your friends and globally on Mac games as well. 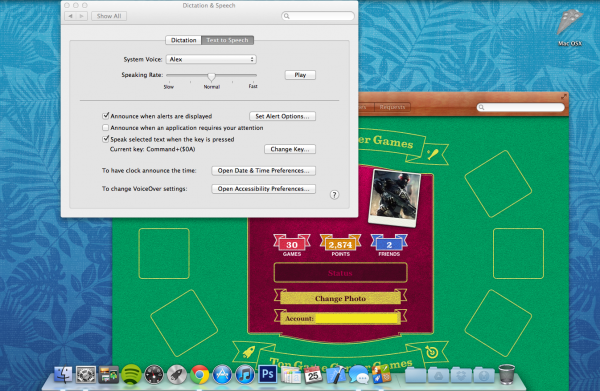 Bottom line, Mountain Lion is definitely worth the price-tag of $19.99. We observed no visible lag in performance during the time we used Mountain Lion and all apps that we currently use were still compatible. The new apps and the social integration are things that makes OSX more friendlier when we thought it wasn’t possible.

Do you look and change setting to your personal needs in Notifications (Setting > Notifications). We personally find that being notified every second is more counter productive than beneficial.

Mountain Lion is currently available from Mac App Store for $19.99 from the following link