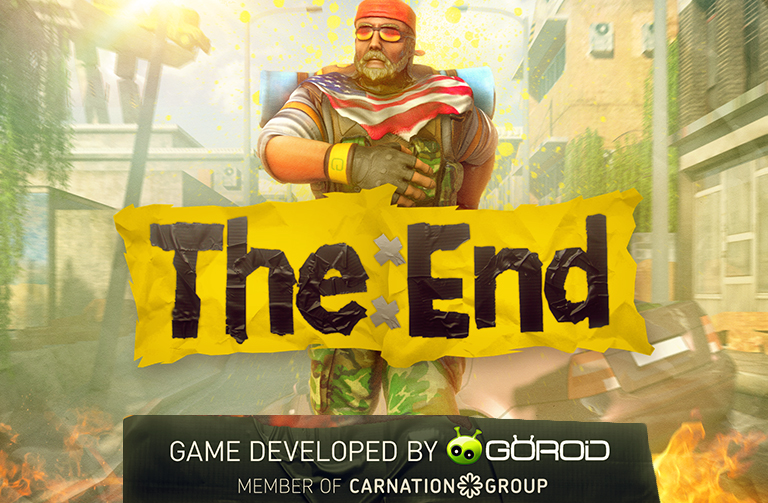 TheEndApp is the latest addition to the endless run genre on the iTunes app store. The game is developed by Goroid who have done a fairly decent job in making the game fun and exciting. It appears that the world is coming to an end and you are out there to save yourself as all hell breaks loose. Run and dodge those broken poles, crashed trucks and police cars and watch out for the bubbling lava! It has eaten up the tarmac in most places. While you are at it, do not forget to collect duct tape and purchase stuff necessary for your survival! 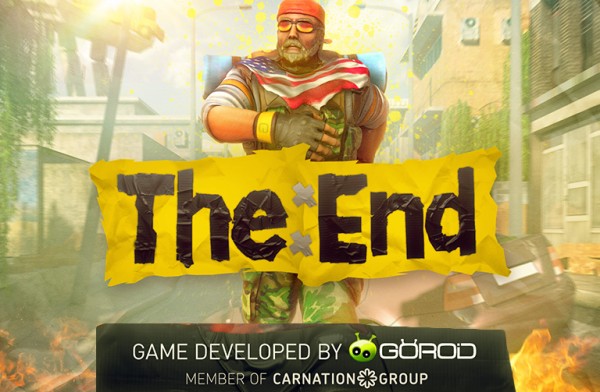 The name “End App” aptly hints towards the theme behind the game, run and save yourself. Contrary to popular belief the game makes the ordeal quite fun and interesting. Players are hooked as soon as they pick up the game and challenges, unlocks and upgrades make sure that they aren’t putting it down anytime soon! The graphics are marvelous. The environment is quite detailed and exhilarating. Watch out for fires breaking out and time your jumps on ramps to avoid landing into molten lava or crashing into barrels. 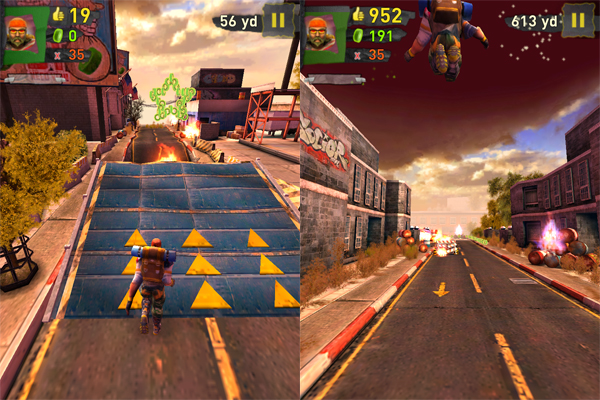 Functionality and controls wise the game closely mimics Temple Run. The camera angle is the same and similarly you can either jump over obstacles or slide under them. Just like Temple Run a few obstacles allow you to exercise your own judgement whether to jump over or slide under. What makes the dynamics obvious between the two games however is the same swiping gestures required to turn 90 degrees at dead ends or blocked roads. Again you have to make a quick decision of whether to turn left or right. Instead of collecting coins you have to collect duct tape which can then be used to purchase upgrades or in game boosts. As compared to Temple Run the response time to your swipes feels a little different but I still prefer the way temple run handles. On the other hand TheEndApp doesn’t have those annoying ghost flicks. Yeah I am talking about those instances when your character jumps instead of turning left or right and you are sure that you turned instead of gesturing to jump. This is a very common annoyance found in Temple Run. 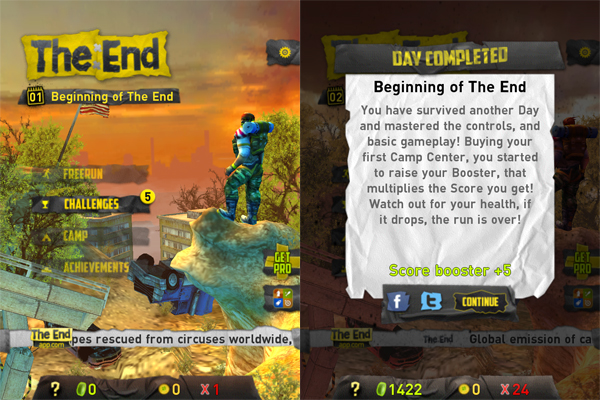 A fresh new interface and change in environment surely makes this game interesting to play. For those of you who have been running a marathon to escape  from the temple monsters along the same monotonous path should welcome the change in setting plus the increase in detail. Another reason to download the game is that its totally free! Grab your copy below: