After the success of Temple Run, which released on Facebook, iOS and Android; the second installment to the series, Temple Run: Brave, was released on the 14th of June 2012, by Imangi studios along with the help of Disney and Pixar. One question you should ask yourself before buying this app is: Is this app worth spending 99 cents on? In my opinion, not really. I’ll explain why later, but first let’s get a feel of how the game really is. 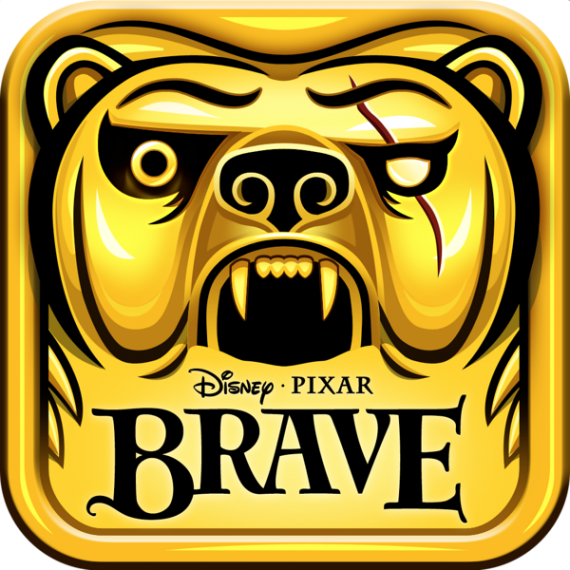 The game gets its name from the new Disney film “Brave” (opening in theatres in the US on June 22nd), and features Pixar’s Princess Merida instead of Guy Dangerous; who was our character in the original Temple Run. The rules of this game are the same as its predecessor i.e., try to last as long as you can without being eaten. It is available on both iOS and android devices. 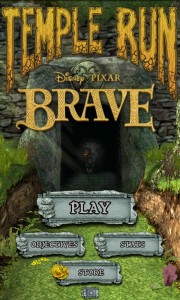 There is no real difference between this and the original; except of course the change in setting, soundtrack, character and a mini-game. As Merida runs, we are sometimes engaged in a mini-game in which using Merida”s bow and arrow we have to hit targets as they appear on the sides. Hitting the targets increases your score and earns some extra coins. The targets are a bit hard to spot, because they blend into the background. The game now takes place in a Scottish jungle instead of the Mayan temple ruins. This is very refreshing and is more visually appealing than the old Temple Run’s setting. Also, instead of the apes chasing you, in this game it’s the demon Bear from the upcoming Disney movie. 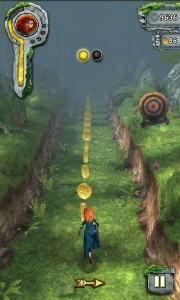 In the previous games, we were allowed to purchase upgrades and change characters using the coins we earned while playing the game. The upgrades are the same in this version (Coin Magnet, Mega Coin, Invisibility, Boost, Triple/Double coin values), but instead of changing characters we can buy new outfits for Merida. 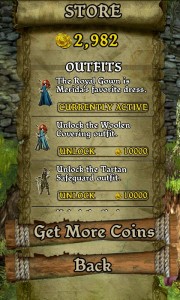 Besides these, the game still has the same controls as the previous one, and it also has objectives that give you a purpose to keep on playing the game. The game is just as addicting as its predecessor and you can totally lose yourself in the game and watch as hours pass by. It is one of the top-rated paid apps on the App Store and Google Play. Also, when you buy the game, you are automatically given 99 cents worth of coins. 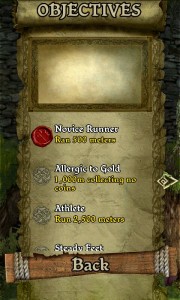 The reason why I don’t think the games worth spending 99 cents on is because there is no real difference in the gameplay of the two versions besides a mini-game, it is pretty pointless to spend 99 cents on something when you can get its predecessor for free.

However, everyone has his or her own perspective and if you think this game is worth the money, check it out at the App Store, or on .

Also, do go through our Review on the Original Temple Run if you are not familiar with it.