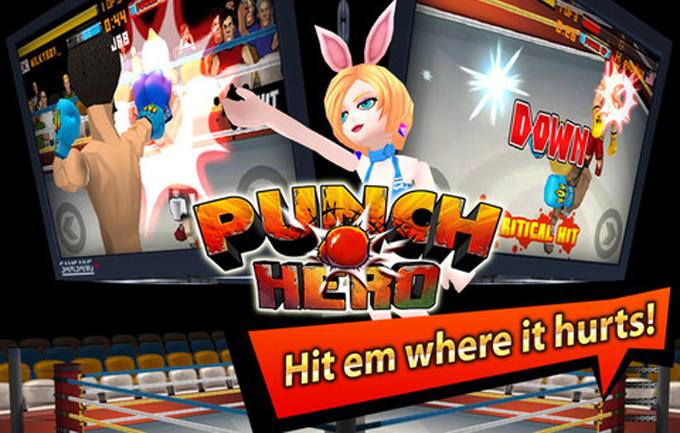 All you Rocky fans out there! its time to get your boxing gloves on.  Punch hero is by far the most addicting boxing game I’ve played on any touch device. Best of all it’s fun & free! 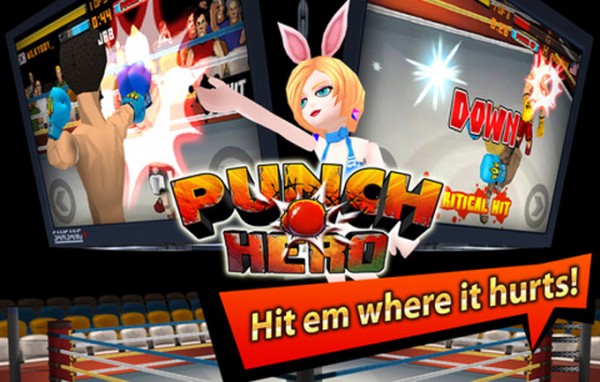 Punch hero is the brain child of GAMEVIL who have done a pretty decent job in creating any easy to use touch friendly interface. This has earned the game a place in the top rated apps section in just a couple of days. A small tutorial at the beginning of the first fight makes sure that you master the controls and get familiar with the game dynamics. 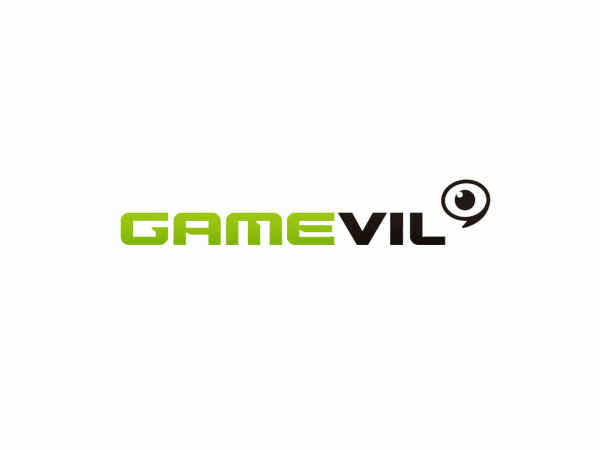 In arcade mode, you have 18 other fighters to beat, and as the game progresses and depending on how well you box, your fighter also levels up! You get points that you can put in to make the fighter stronger. For example, you can strengthen his hook, by using your points there, and after that your hooks will do way more damage than they did before. These upgrades also become necessary as you go along different opponents. This is because they get stronger step by step. For enthusiasts there is also a Zombie mode where you can battle countless number of Zombies till they knock you out. The leader boards for the Zombie mode are connected with the game center which means that you can compete with players across the globe. Faintly reminds me of the Zombie mode in Call of Duty: Black ops. 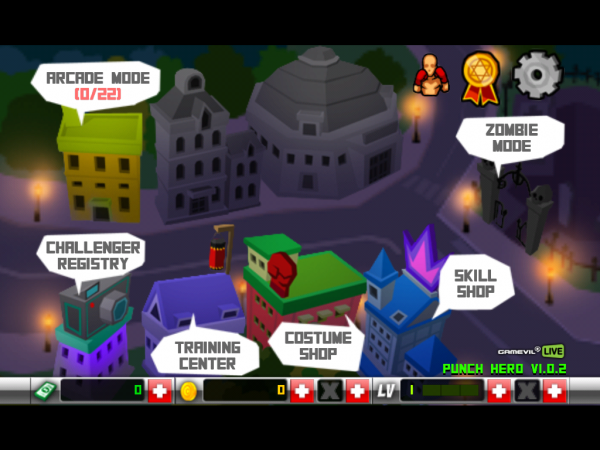 To jab, you tap the screen on either the left or the right; depending on whichever you arm you want the jab to be from. Same rules apply for hooks and uppercuts, except for hooks, you swipe to either the right or the left; and for uppercuts, you swipe up from either the right or the left. To block, you press your finger on both sides of the screen, and hold on as long as you want your fighter to block. There are also arrows on the lower right and left corners of the screen. You use these to dodge depending on which side the opponent throws you a punch from. 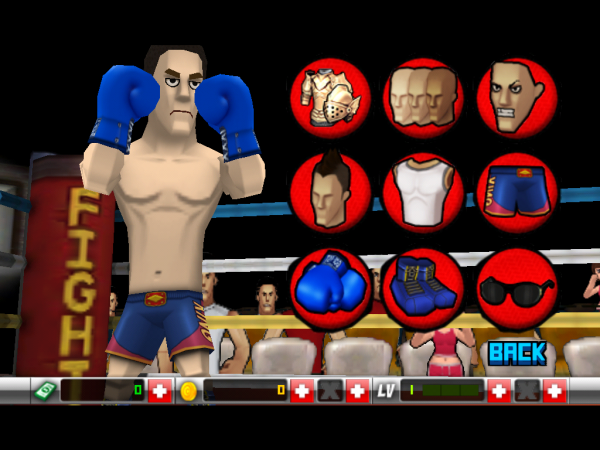 The best strategy I used in the game was I’d dodge the opponent’s hook and then hit them with either a hook or an uppercut. They do the most damage so they helped me get through quite a lot of rounds. Once the health bar finishes, the player is knocked to the ground. At this point, you have to tap the screen as fast as you can or your player is knocked out. The time you get to tap your screen varies with the amount of ‘red’ health you have left in the bar. That amount is also the amount of health you’ll have when you get back up. 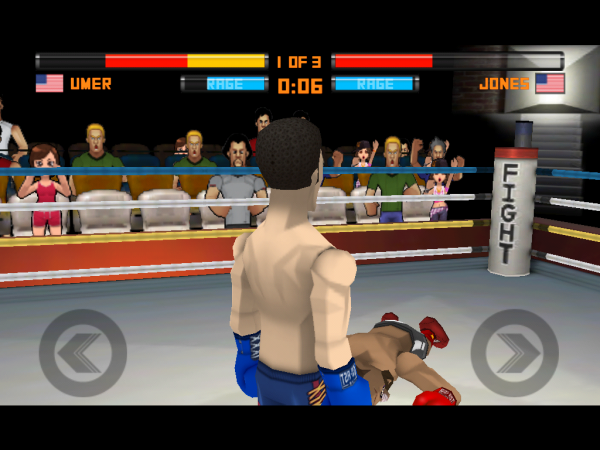 And we have girls! Folks at Game Vil have paid attention to tiny details. They not only have  added 2D animated characters to the audience but we also get to see different boxing ring card girls at the end of each round. 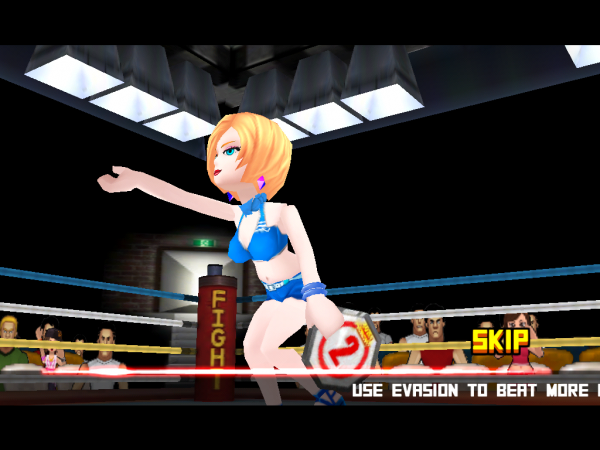 One of the coolest features that Punch Hero offers is the ability to upload photos from your own saved pictures. You could easily swap the generic face with your own. The photo tool offers the ability to pan and zoom images so that your character comes out to be perfect. This definitely gives the game an edge over contemporaries and make it more fun to play. 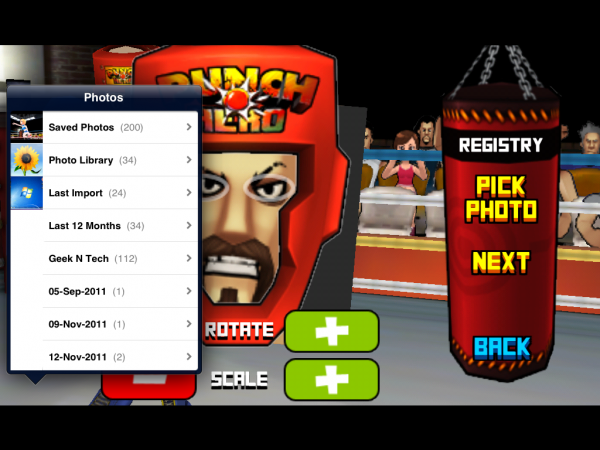 Like any other game Punch Hero too operates on in game currency which lets you buy upgrades that help you beat the toughest opponents out there. Players win cash and character points at the end of each match which can be used to upgrade skills or buy addons. For those who are looking to speed up their game progress, can use real money to purchase gold and purchase their desired upgrades. 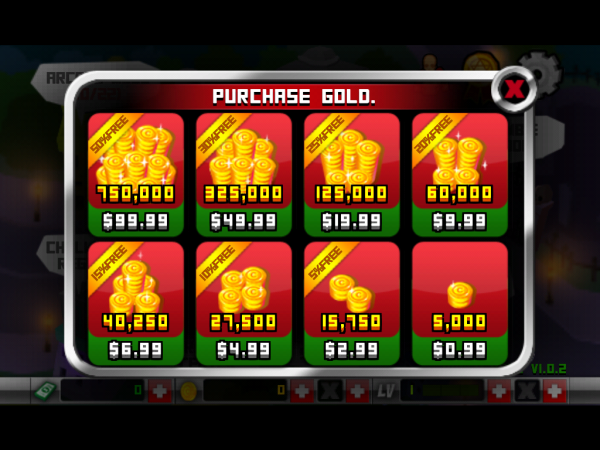 The downside of this game is that it isn’t available for Android. This sucks for all of you who do not own Apple devices. Also, the game can get quite challenging at times, your opponents gradually become pretty tough and you’ll be knocked out regularly, trying countless times to beat them.

Here is the official trailer for Punch Hero

All in all, this game is awesome which makes it all the more reason for you to check it out right now

Don’t forget to tell us what you think about the game; by leaving  your comments below.