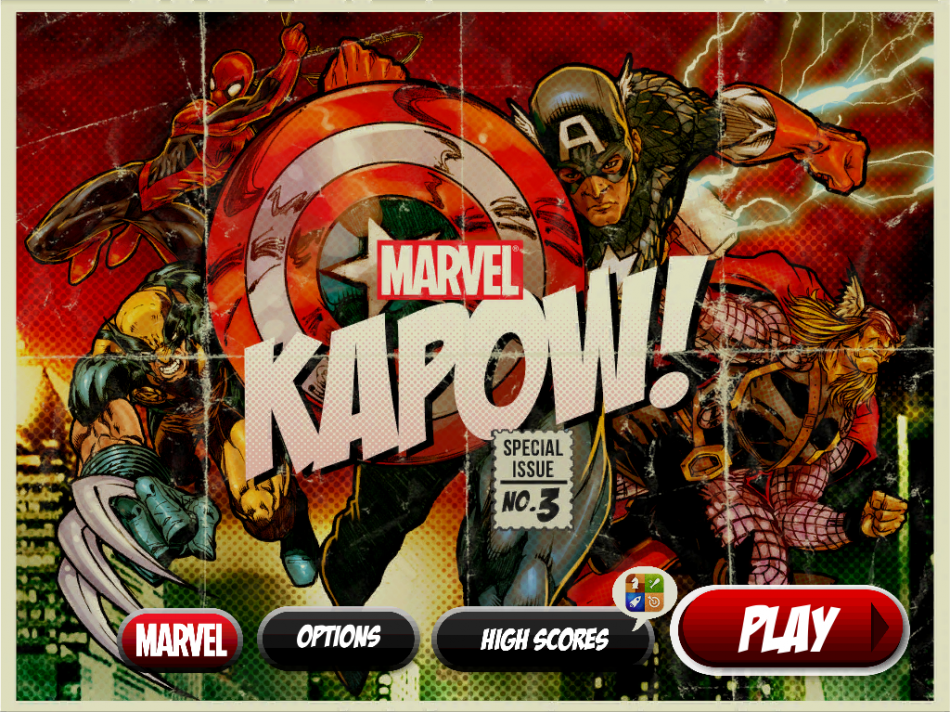 After watching a movie like The Avengers, which was a great movie, I was pretty excited to get my hands on this game when I first saw it in the App Store. Marvel Kapow is available for iOS and has made it to the top rated apps in the App Store. 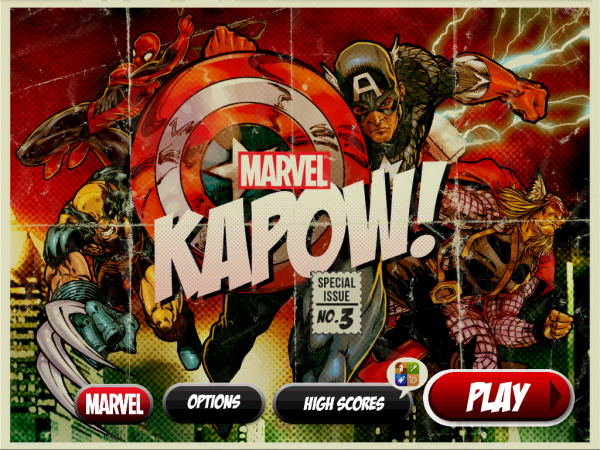 The best thing about this game is that it’s free! And it’s not one of the games that finish in two seconds either. It’d take you quite a while to actually finish this. The levels are challenging and you’d have to give it your best to get through. Besides that, if you get bored of the story-mode game, you could just play arcade mode and see how long you can last. 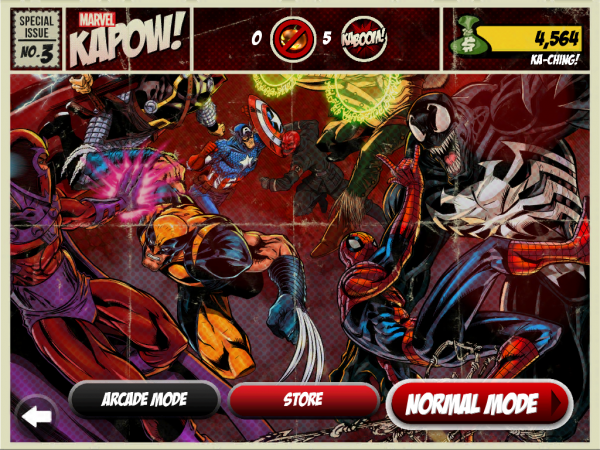 The game is basically a bunch of mini-games grouped together. When you play as Captain America, you use his shield to deflect what Red Skull’s bots fire at you. You can move around the shield using your finger. 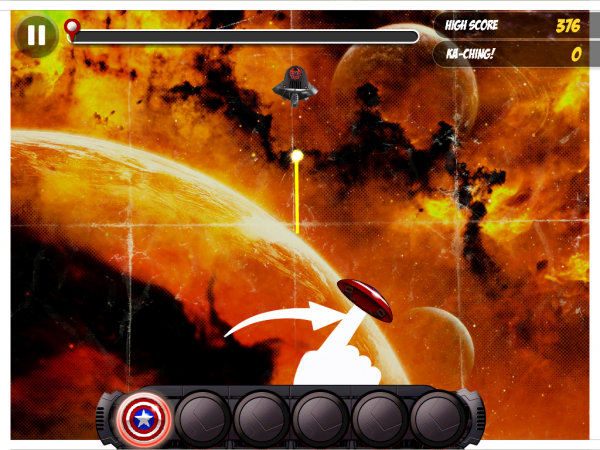 When you play as Iron Man, you shoot repulsor rays at the missiles Iron Monger throws at you. You do this by tapping two fingers on the screen 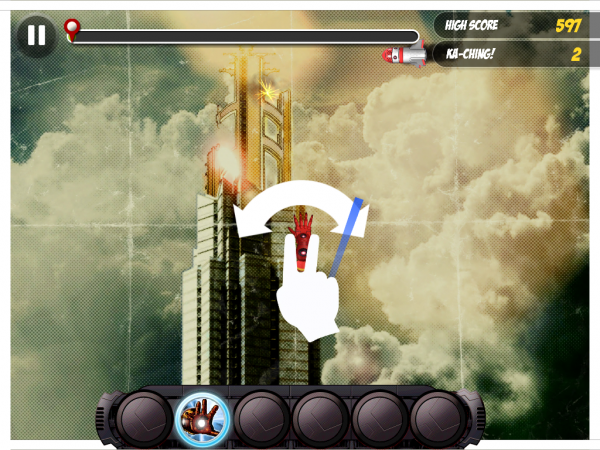 When you play as wolverine, you use your fingers and slice away everything Magneto throws at you. 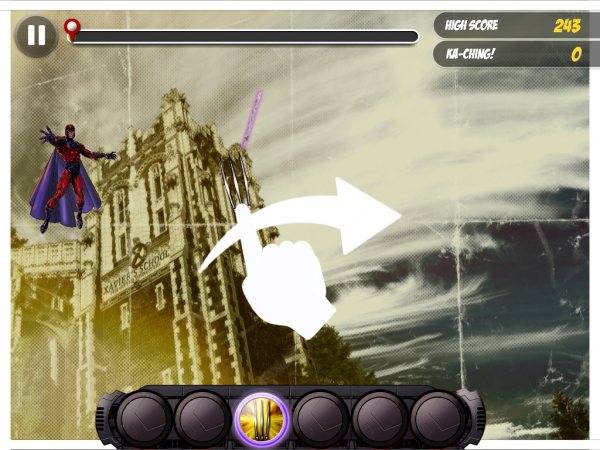 As Spiderman, you shoot webs to fight venom. You shoot by either sliding your finger in the direction you want him to shoot the web or by simply tapping on the screen. 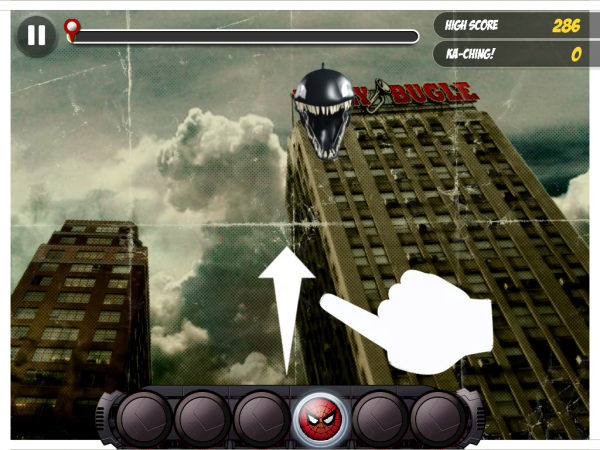 You can also use Thor’s hammer and the Hulk to smash anything your villains throw at you. 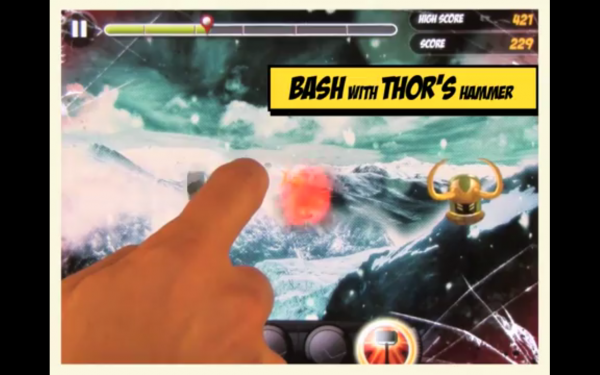 As the game progresses further, you can use many of these, all in the same round! 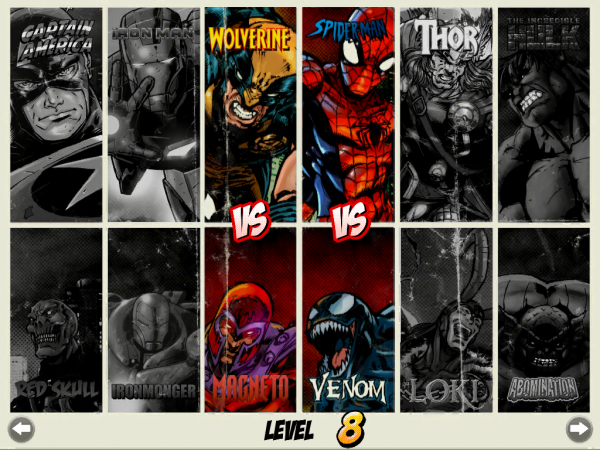 If the game is too difficult for you, you can use the ‘ka-ching’ (in-game currency) you’ve earned to purchase upgrades and power-ups. If you are running low on ‘ka-ching’ then you have the option of purchasing more using your real money. 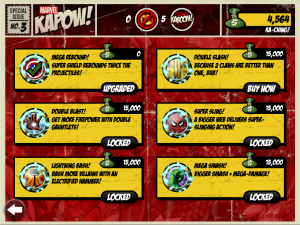 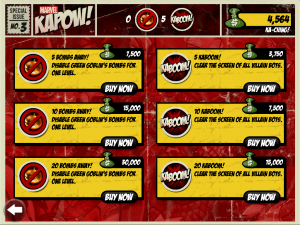 Some people have stated that it is really difficult to buy some of the power ups and upgrades without buying some ka-ching with actual money first. They have even gone as far as calling Marvel Kapow, “Marvel Ka-boring”. The game also isn’t available for Android.

However, in my opinion the game is pretty good. Check it out at the App Store and tell us what you think!