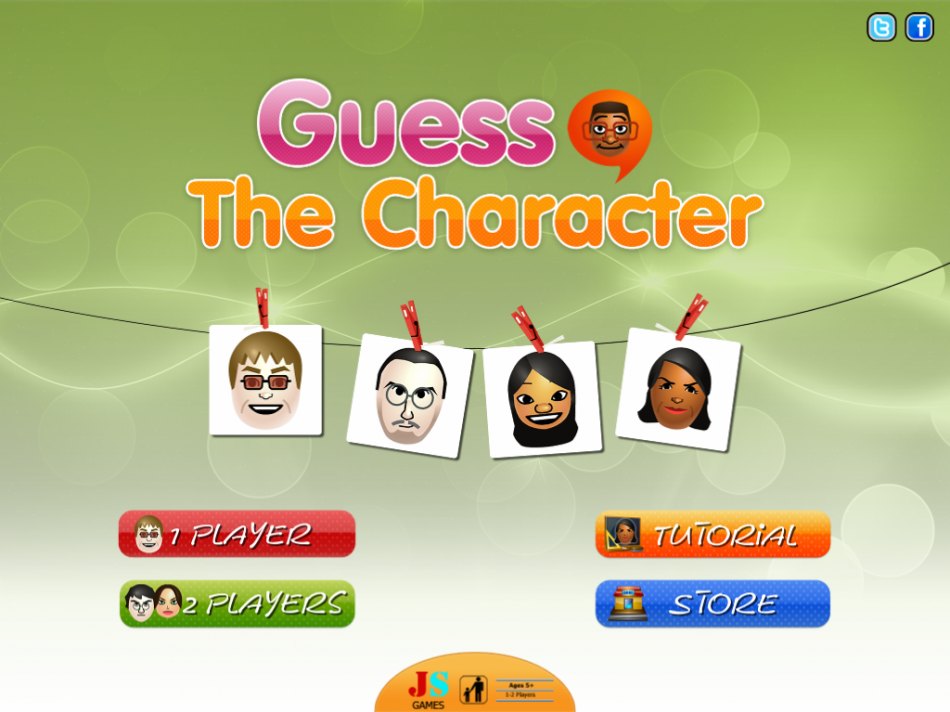 Guess the character is an innovative new game that has recently made it to the top rated apps in the app store. It has been developed by JanduSoft and is really fun to play. The game also has a two-player mode along with its single player mode so it gives you a chance to test your game skills against your friend’s. 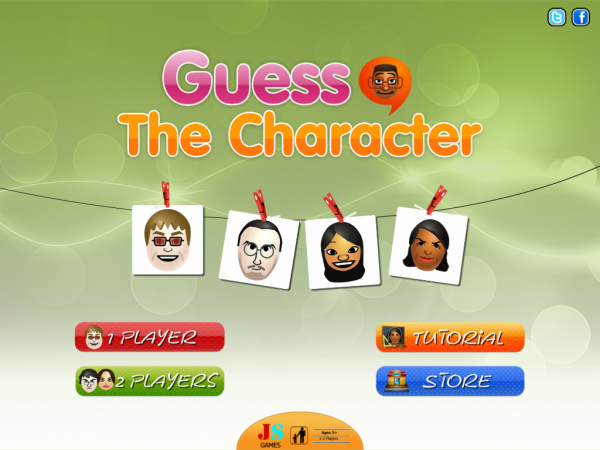 If you ever find yourself confused in the game you need not worry because you can access the tutorial in the main menu at all times! Your main objective in the game is to guess your opponent’s character before he guesses yours. There are a variety of ways you can do this. Either you can use your turn to ask the opponent a question about his character and then cancel out the characters that don’t match or you can just make wild guesses and try to get lucky. Either way, whoever guesses the other’s character first, wins! 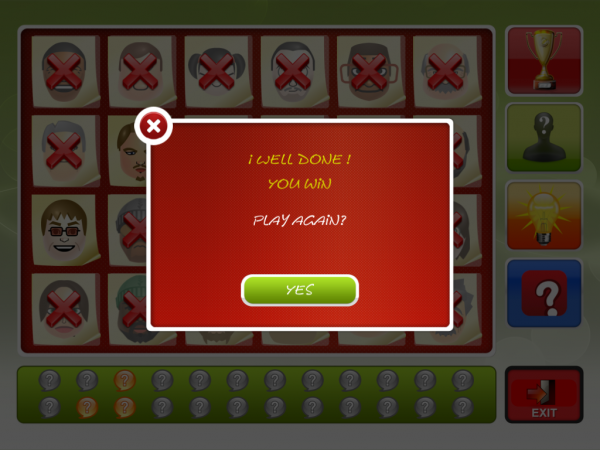 When you choose the two-players option, you have the option of playing online with another friend using their game center IDs or if you have your friend with you, you can select the “pass’n’play” option, which lets you use the same device for the game. 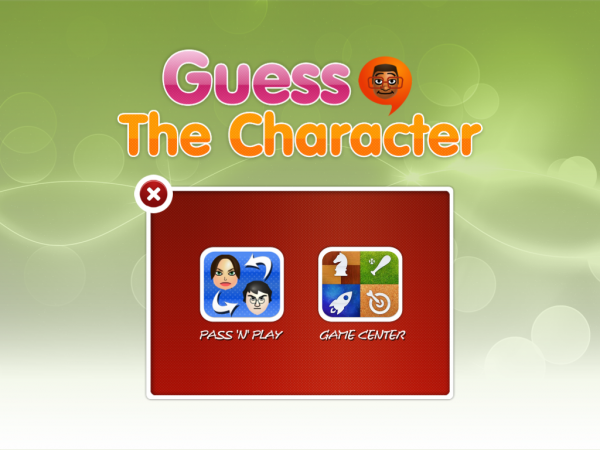 The best strategy in this game is to ask questions that’ll let your rule out the maximum number of characters. The game gives you its own list of questions to choose from so it’s your job to choose the one that suits it best. I do suggest that you stay away from making wild guesses in the beginning of the game because they are almost never correct. The single player computer is pretty easy to beat so you shouldn’t really have a problem winning from it; it’s your friends you should be worried about :p. 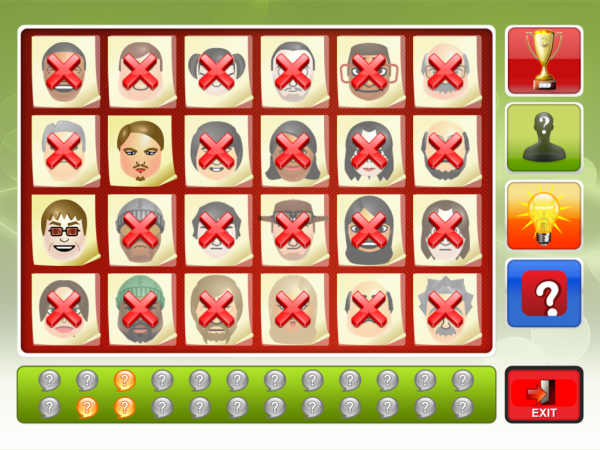 The negatives of this game are the annoying ads that keep popping up randomly. These don’t interfere in the actual game but they have a habit of appearing when you’re going through menus. The only way around this is by making an in-app purchase to get rid of the ads. The game also isn’t available on Android devices which really sucks. 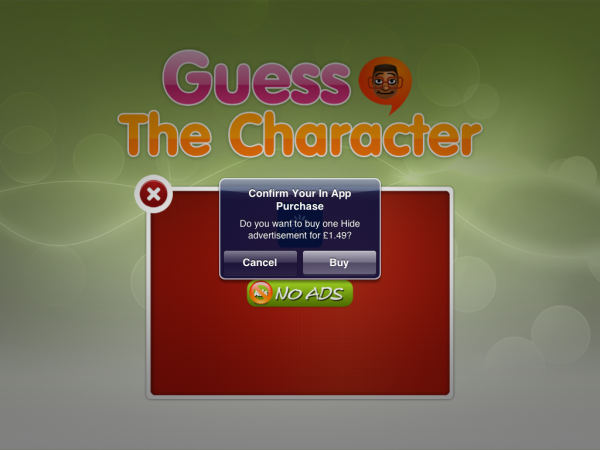 But other than that the game is great and really addictive! Check it out at the App Store and tell us what you think!