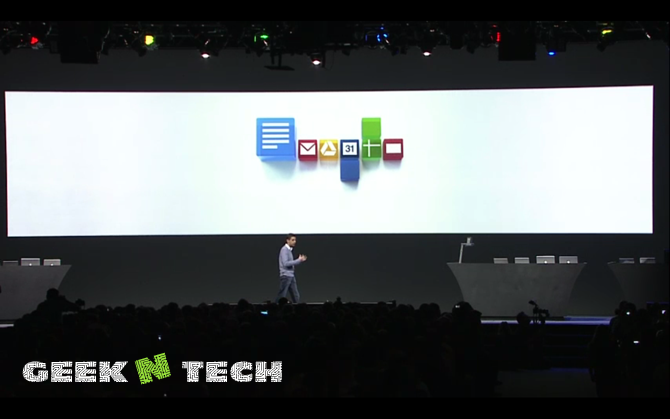 The new version of Google Drive was announced today. The developers have added many new and exciting features to Drive. 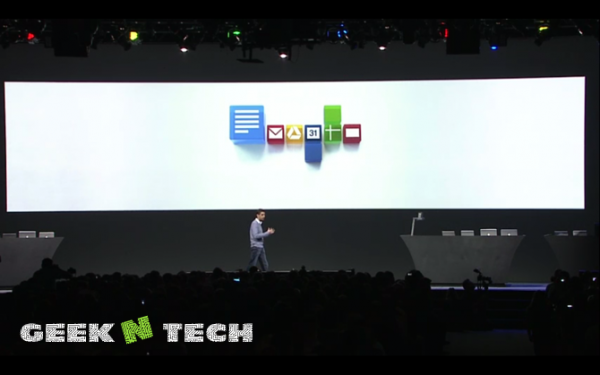 Google Drive is now available for Android and iOS as well. This is a big step as you can now access Drive from mobile devices.  You can even save things on your phone to view them when you do not have access to internet. 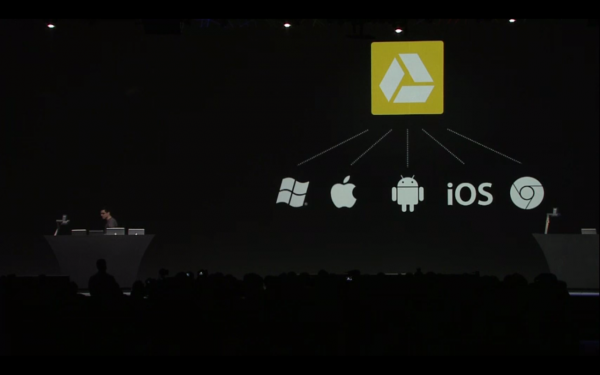 The new version will also make life much easier for all of us who do not like naming our files and come up with random names to quickly store the. Let’s suppose you have a lot of scanned receipts, and you want to find a specific one out of the entire cluster. Now instead of wasting your valuable time going through the thousands of receipts that you’ve stored, you can type in the name of the receipt and Drive, using Optical Character recognition technology, will find it despite what the image is named. Now here’s the really cool part that amazed many of the people that were watching, you can also use this for pictures. If you want to find a picture of when you visited the pyramids, you can just type in pyramids in the search bar, and it’ll show up! 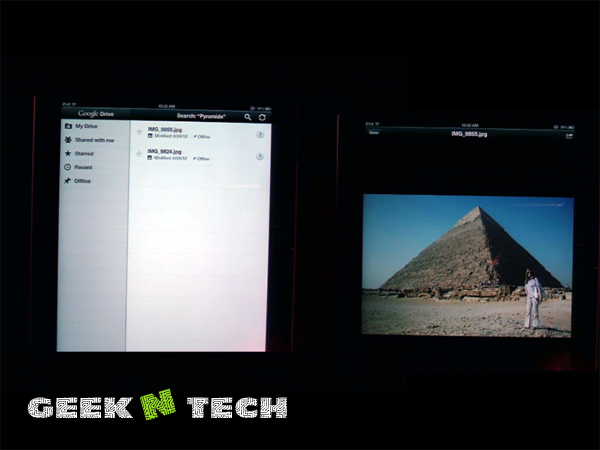 Now on Google Docs, you and your friends can simultaneously edit the same document. This is pretty cool and will save a lot of time for everyone. Now you won’t have to send your stuff back and forth; you can all just simply work on it at the same time! 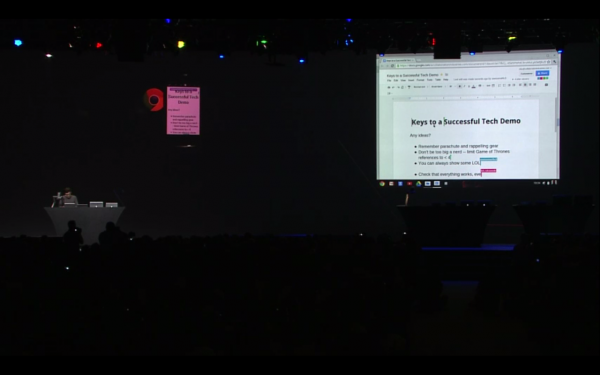 On the chrome OS, everything is silently synced online in the background. But what if you want to work offline? Google Drive Version 2 will allow you to do that, and when you go back online, it’ll automatically sync to the server! 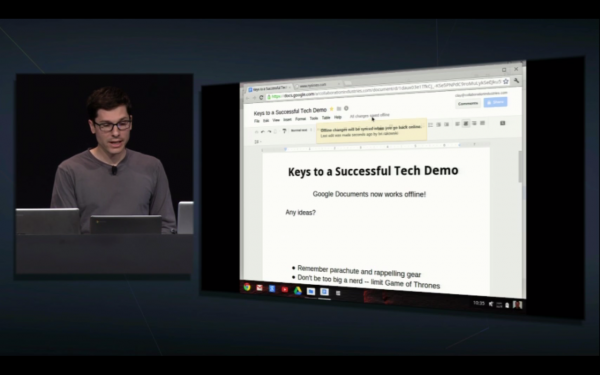 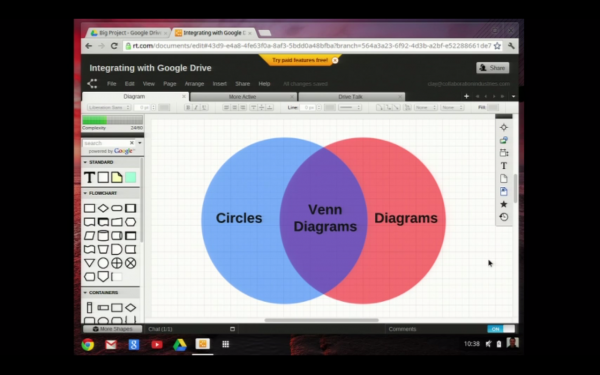 Statistics of these apps say that the Google Drive users are more active than others. 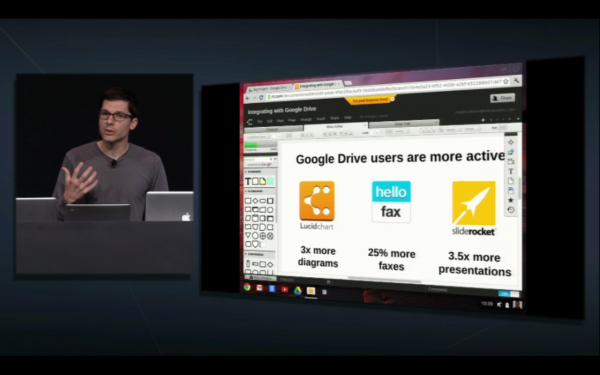 In my opinion, Google has done a remarkable job on this version and I’d love to get my hands on it as soon as it comes out later today.