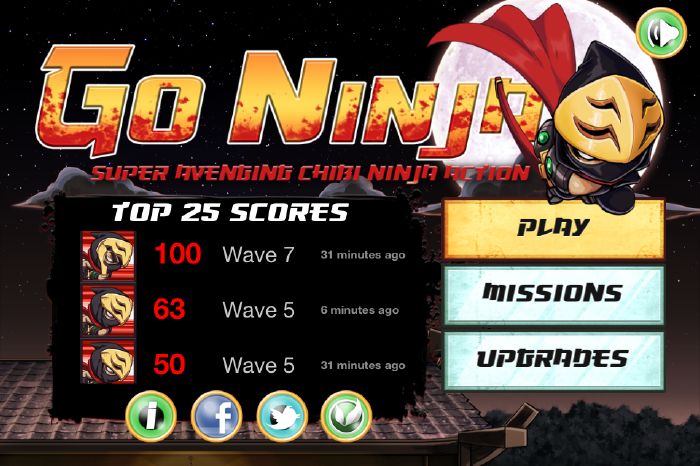 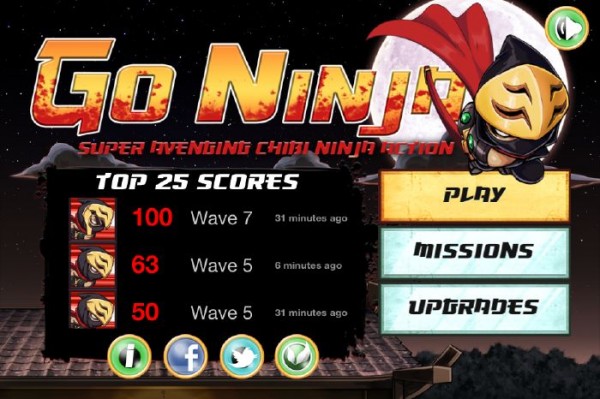 The game is about avenging your leader who is wounded and needs your assistance. The dark spirits have possessed the entire samurai army of 50,000 and has taken over the city. Now it is up to you to defend the city and avenge the brutalities. During the start of the game the Master summons you, and asks you to eradicate the demon samurai. 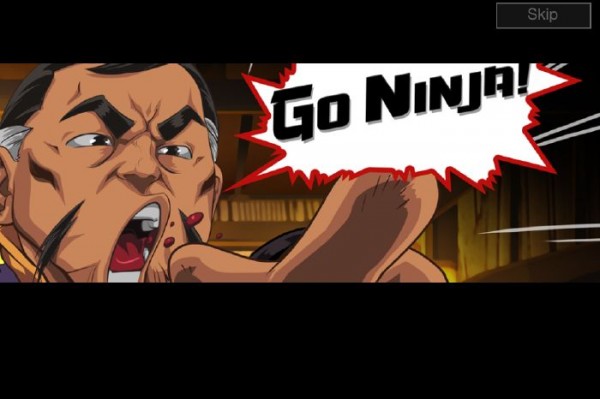 The game has really good graphics and it is easy to play. And in order to help you play they even have a tutorial which starts when you play the game for the first time. Though you can enable it later too by clicking on “Enable Tutorial” during the time when the video is being played. 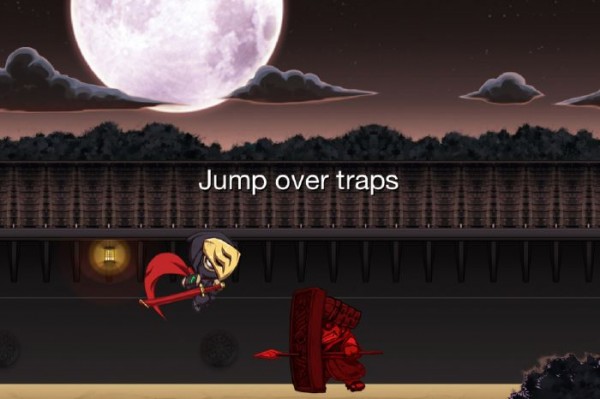 Let me tell you some of the basic functions:

Your ninja kills anyone who comes in your path. There is no key which you have to use to kill anyone. You have to basically avoid traps and run into the enemies and that is pretty much it! 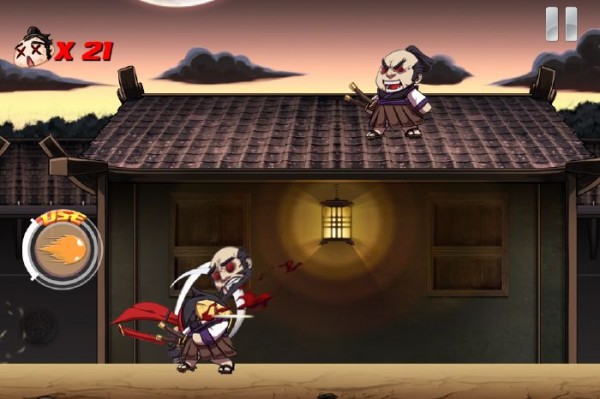 As you play along, you will see new power-ups being displayed in the center of the a circle being displayed on the left of the screen. If you don’t use the currently available one, the next one will get displayed once the red bar reaches the end and so on. In order to use them click on the power-up. In case of the red bubble, the second life power-up, it is used automatically when you run into a trap. 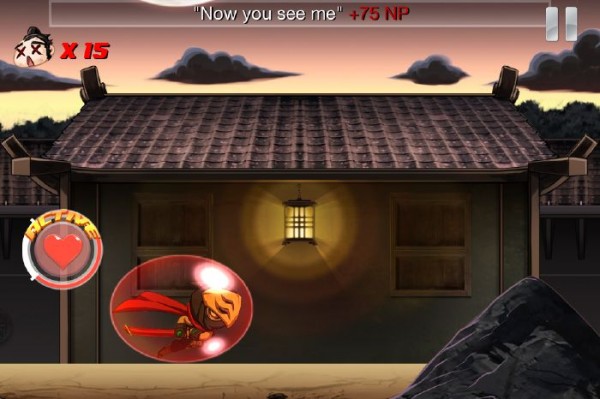 You can unlock new things from the store using your Ninja points. And there are also Challenges which are called Missions in this game. 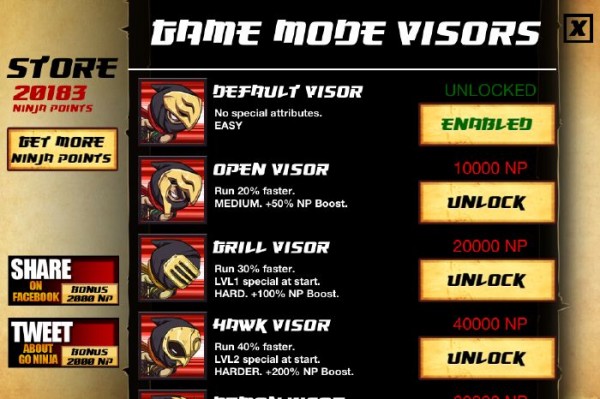 It is an overall fun game to play. But instead of collecting coins you character cuts some throats!

This game is available for free at iTunes store. And you can get the High Definition version for only USD $ 0.99.