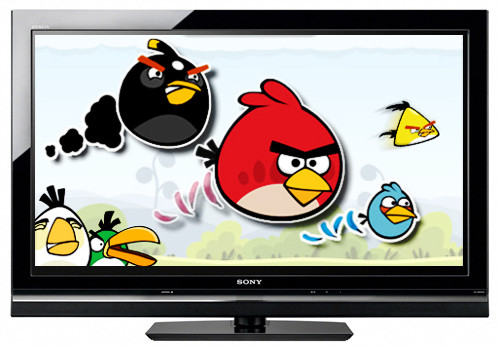 Angry birds has dominated the mobile platform for years. There will hardly be a few people who don”t know about Angry Birds or haven”t had the opportunity to play this fantastic game. Earlier the developers gave the users an opportunity to play on their browsers and later they allowed to throw the mean-spirited birds at the pigs on the Facebook.

Now they have decided to take it a step further. The angry birds trilogy will soon be available on PS3, XBOX 360 & 3DS and it”s “built from ground up” for HDTVs, according to Rovio”s Executive Vice President of Games Petri Järvilehto in an interview with IGN. While talking about the High Definition version of the game, he further said: “The backgrounds have been animated, we”ve added lighting modes, reactive backgrounds, the list goes on and on,” Järvilehto said. “We believe that there are a lot of people on the consoles who appreciate a great casual game play experience. This is a game that resonates across a wide audience on many platforms.”

No release date has been shared so far but thanks to this interview with IGN, we at least know that some more of pig hitting frenzy is on its way.

What do you think about this latest development about Angry Birds? The only concern we have is that considering this application is available for only a few bucks on mobile platform and for free on Facebook, will the latest HD version worth some 20-40$? Considering that is the average price of a games on these consoles.